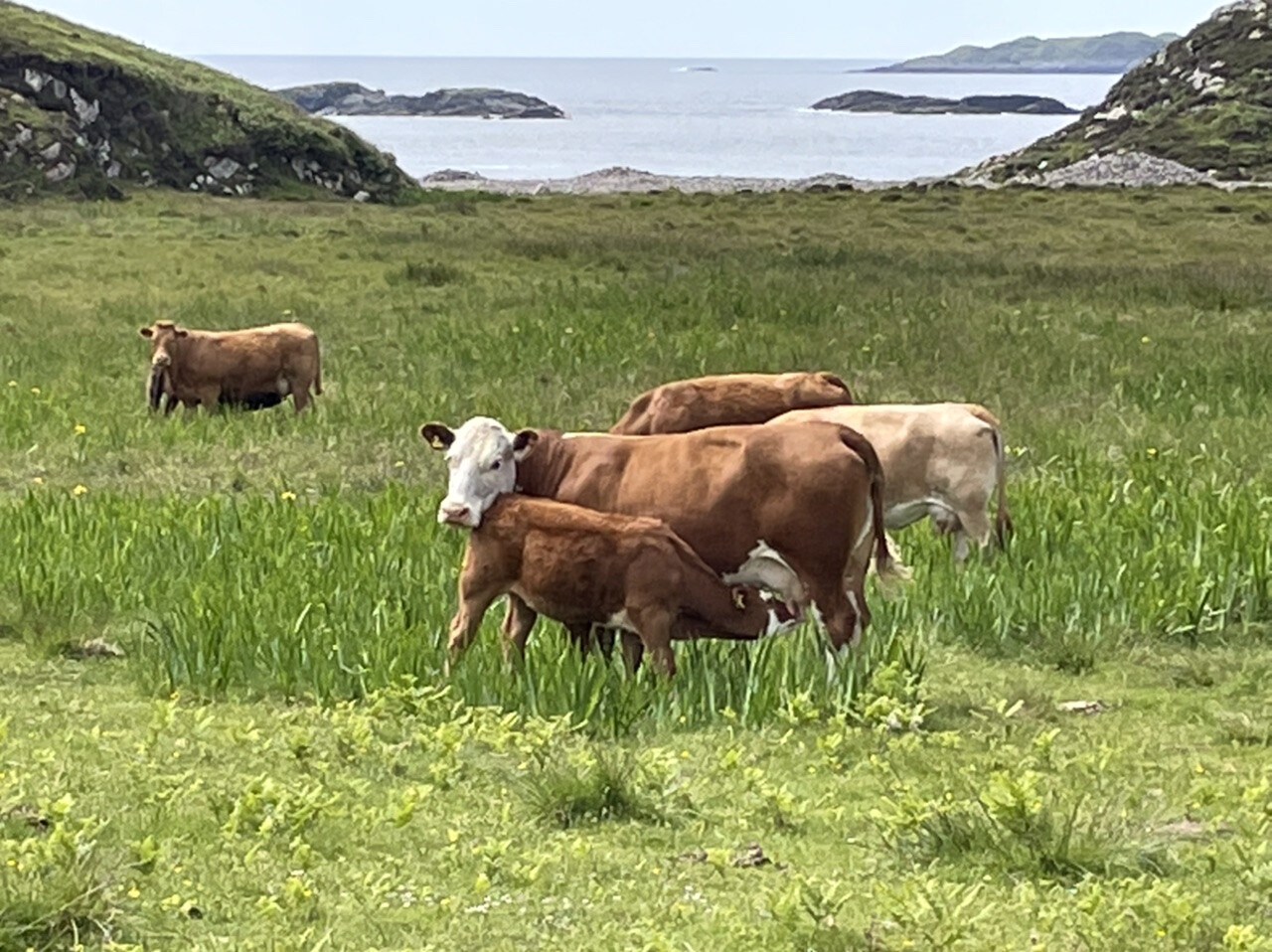 Two truths first: City girl here, yet entranced by rural and natural spaces where few humans dwell. So forgive me as I go gaga over cows. Also, words cannot convey my delightful connections with critters and other living matter this week, so I’m going to show more pictures and videos than words.

Celtic spirituality emphasizes our profound connection to all of creation (water, rocks, ocean, twigs, insects, animals, etc.) through our one Creator, the Christ in all creation, and the Spirit that blows in and around all of us.

One major site dedicated to Celtic spirituality is the isle of Iona—not only the abbey originally founded by St. Columba and others in the sixth century, but also the current community of crofters, craftspeople, hospitality staff, and other creatures that inhabit the island.

There are many sheep and cows here, cared for by human beings, as well as myriad species of birds, fish, and insects. Here’s a hairy Highland cow, named “‘Airy Coo.’” He just walked right up to us as we passed by on the road between the abbey and our hotel.

During our hike to St. Columba’s Bay, we passed clumps of cattle who lay across and along our path, and I wondered whether I was disturbing their morning. They seemed quite nonplussed by our passing by.

I also watched a mother nursing her calf. The video’s on my Facebook wall, but here’s a pic:

Yesterday, some of my fellow pilgrims boarded a boat to see the isle of Staffa, and the boat staff told us to walk up to the headlands and be still, and the puffins would come to us. “They’re fascinated with humans,” the captain said. Turns out that we were just as fascinated with them:

And finally, I have walked past sheep many times in my life, both in California as well as in Ireland and England, where they roam freely along country roads and through villages. In my entire life, I never have had a lamb approach me. Usually, they scurry away when I approach.

Two nights ago, a fellow pilgrim and I headed up Dun-I hill, and since there are no real hiking trails in the UK, one has to find one’s own way up hillsides. I came upon the bright idea of following the sheep up and down the hill, since they would know the easiest ways. As we were heading down the hill, four sheep were directly across our path. Instead of dispersing, one young lamb came up to me and sniffed my hand. I felt gifted by a divine visit. Lamb of God indeed.

My personal journey to Good Samaritan began in my Roman Catholic childhood. Although devout, I eventually left the Catholic Church in 2003. I tried nondenominational churches, but the rock concert feel and the separate room for kids just didn’t work for me.

In the Episcopal Church, I found the liturgical richness and ancient creeds of the Church—and women priests! I also loved Episcopalians’ emphasis on social justice and concern for the marginalized. More than anything, I love the Episcopal Church’s “big tent”—its intention to include many viewpoints and cultures. We don’t have a lot of black-and-white positions. The Episcopal Church makes me work out what I believe and put it into practice every day.

I have also found deep community in the Episcopal Church, both with God and with my church members. At Good Samaritan, our Community Life dinners, Bible studies, youth group, mission trips, food drives, retreats, and just plain old Sunday worship help us develop deep friendships among both longtime members and new people.

I invite you to stop by some Sunday and check us out. Then I'd love to talk over a cup of coffee or tea. I’m at janines@goodsamchurch.org. 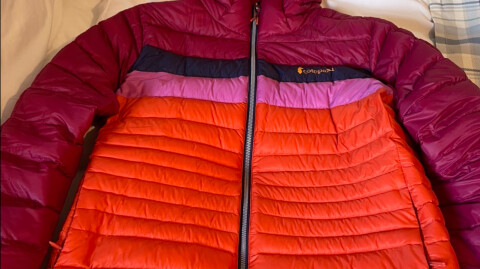 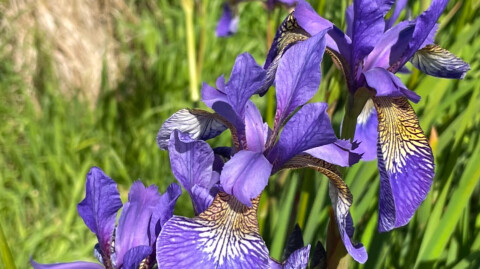 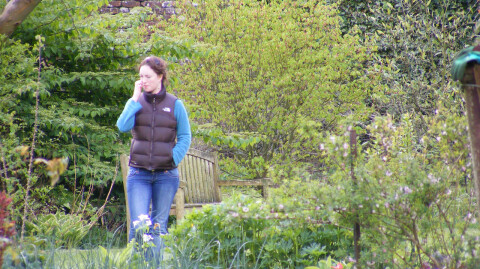